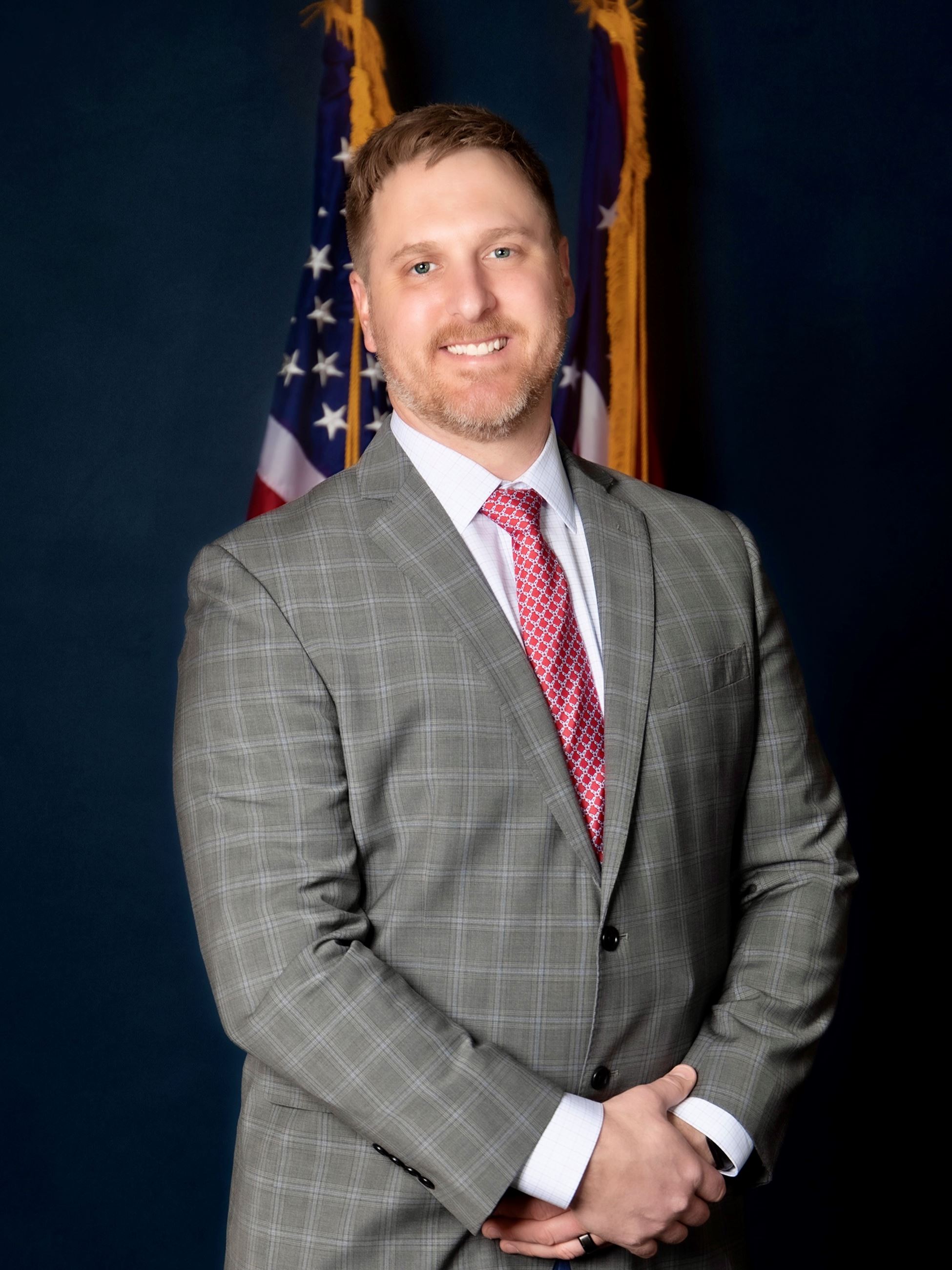 Joe St. John was first appointed Mayor in 2021, and elected Mayor in 2022. He was elected in 2018 to his first term as a Member of Sunbury Council. In 2019, Joe was selected as President of Council.  Prior to being elected in 2018, Joe was appointed by the Mayor as a Member of the Sunbury Planning and Zoning Commission where he has served since 2016. In addition, St. John serves on the Development Workgroup and the following Sunbury Committees:

Joe is a graduate of The Ohio State University with a B.S Degree in Family Resource Management specializing in Consumer Affairs. Since 2012, Joe has been employed with Huntington National Bank as the Senior Vice President of Consumer Deposit Services. Prior to Huntington, he invested a combined 10 years with UPS and Target Corporation while holding numerous management roles within their distribution and logistics operations.

Joe has lived in Sunbury since 2014 with his wife, Jenna, and his three children, Landon, Liam, and Scarlett. Originally raised in St. Clairsville, Ohio, Joe’s values reflect his small-town upbringing. His lineage includes his grandfather, Fenton, a Methodist Minister and his father, Maynard, a 42-year energy and coal executive. Joe and his family are very involved members at the Vineyard Church of Delaware County.

Joe and Jenna have been involved in coaching their kid’s sports teams, supporting Pelotonia as riders and volunteers, and delivering Meals on Wheels. Joe’s personal interests include: